In Ireland we learn slowly and usually the hard way. For decades we were educated about a green island with a beautiful vision of an idyllic romantic republic where all embraced the ideals of Pearse and co. Our teachers didn’t necessarily mention the one million inhabitants on the island with a different heritage and a different outlook, no, no that would taint our green vision up there in the clouds. Rather than face a tangible reality we were happy to play mind games and cause a huge amount of mental and physical conflict. Many see the Good Friday Agreement as a stepping stone to somewhere else yet I see it as the destination as it articulates the harsh reality that we are living on an island with two very distinct cultures and visions of the future. I think it is time for us to get over ourselves and realise that we are living in ‘the good old days’ where we finally start to acknowledge that our green picture may have to have an orange border or corner and our orange picture may need a green border or corner. We tend to spend two thirds of our time looking back and one third looking forward and we continually seem to make things difficult for ourselves. Everything is done the hard way, reckless approach to fire safety then Stardust followed by proper Fire Certification, reckless approach to Corporate Governance, then Anglo etc.

I may be on my own when I say that we are living in ‘the good old days’ in Ireland. I think that the Peace Process is getting to the final phase because there is less of the past to talk about and more and more of the future to talk about. I think we have too many prophets and visionaries for such a small island and it is time we took on our wider role in the world. We are the most mobile and influential nation on the planet relative to our size and GDP so maybe it’s time to resolve the last major element of the Peace Process and get on with using our talents for the betterment of mankind and spend less time obsessing about the past. It’s time to get over ourselves, time to wake up and smell the coffee and go out to the world and use our God given talents to inspire and deliver a better quality of life to those less fortunate. We need now to go beyond John Humes’s  ‘Unite Our Divided People: Catholic, Protestant & Dissenter’ and stretch ourselves to ‘Unite Our Divided People, those at Home, those Abroad and those in Transition!’

The issue of votes for emigrants and the diaspora needs to be resolved as a matter of urgency. It is a ‘no brainer’ as they say in Dublin. Simply there can only be one class of citizen. All registered Irish Citizens should have an appropriate say in the affairs of Ireland. This can be done simply and quickly without the standard 50 year delay and the incessant lobbying, legal cases etc. If each Citizen wishing to vote paid an annual fee of €5.00 or €10.00   then we would overcome the No Taxation, No Representation objection. We could then allocate one, two or three Dáil Constituencies for the citizens overseas. We could allocate about 5 to 10 seats to be divided between the Americas, UK & Europe, Middle East, Africa and Australasia. No discussion here about expenses. Travelling from Kerry to Dublin has proven very expensive for some previous members of the Dáil. Digital technology can facilitate participation from distant locations. No need for discussion about the large numbers in North America swamping Leitrim or Limerick we just have larger quotas in the overseas constituencies. Thus if we had over a million voters in North America the quota would be this number divided by the number of seats plus one just like everywhere else in Ireland. The GAA have this covered already when the   refer to the European County Board, i.e. they retain their structure yet acknowledge the rights of the diaspora and have found an appropriate mechanism to be inclusive. Just think about it, a similar structure in Clare for 10’s of thousands and Europe for 10’s of millions.

The Seanad and the Presidency are our mechanisms for the engagement of the diaspora who do not fulfil the requirements for Irish Citizenship. A certain number of seats for registered diaspora voters. Each would pay a small fee to register just as with the global Dáil voters. A number of Seanad seats specifically from the diaspora representing culture, sports etc. The Presidency would require some rule changes about nominations but ultimately every registered Citizen and member of the diaspora would have a vote.

What’s this got to do with the Peace Process I hear you say? Just imagine if one could vote and participate in the future of Ireland while living in a foreign jurisdiction such as the US, Australia or Europe then how would that be different than everyone in Northern Ireland who registered having a say also. Is the Irish nation about land and territory or about people with a common set of values and way of seeing the world?

Personally I want to preserve and develop the ethos, heritage, environment, language, music, and humanity etc. of our great nation and feel that issues such as Bin Charges, Water Charges will evolve in a similar way globally and will be of little or no consequence over time.

Let the mind go with me on this, dream with me, a global Irish republic more interested in who we are than who collects the garbage! 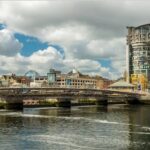 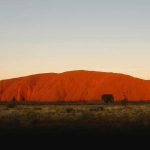 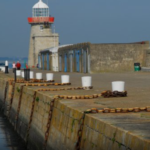 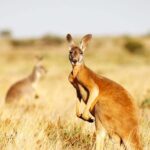